Berlin/Singapore, 17 October 2019 – Trips abroad from Asia are continuing to increase. After surging by seven per cent in 2018, during the first eight months of 2019 they rose by a further six per cent. This is in part due to international trips within Asia, which are a significant growth driver. Despite an anticipated decline in year-on-year growth, the prospects for 2020 remain good. These are the findings of the first trend analysis of the World Travel Monitor®, to be presented by IPK International at this year’s ITB Asia (16 – 18 October) in Singapore. The report was commissioned by ITB Berlin. The World Travel Monitor® is based on the results of representative interviews with more than 500,000 people in over 60 global travel markets. It has been compiled for more than 20 years and is recognised as the most widescale continuous survey of global travel trends.

According to the World Travel Monitor®, between January and August 2019 outbound travel from Asia rose by six per cent, once again making Asia the biggest growth driver in the international tourism market. ”Growth in Asia’s foreign travel market continues to exceed the global average, which during the first eight months of the year was only four per cent“, said Julia Mühlberger, marketing consultant, IPK International, at ITB Asia 2019.

A closer look at the latest figures shows a further upward trend in trips to destinations within Asia. During the first eight months of 2019, for the first time foreign trips within Asia accounted for nearly 80 per cent of the market. During the same period European countries registered a slight increase in travellers from Asia. At 15 per cent, they occupied a sound share of the market. In contrast, America’s popularity with Asian travellers fell for the third year running. The country now accounts for only eight per cent of the market.

Per trip, Asian travellers spend considerably more than other nationalities, despite shorter stays. According to the World Travel Monitor®, Asians stayed for an average of 5.9 nights on outbound trips. This was a slight increase over last year’s figure (5.6 overnights). However, the figure was much lower than the global average (eight nights). Despite this, at 1,570 euros per trip spending by Asians abroad during the first eight months of 2019 significantly exceeded the global average (1,280 euros).

City breaks are booming. Round trips have recovered slightly.

Among Asians, city breaks remain by far the most popular form of outbound travel. They recorded the highest increase, as in the year before, and between January and August 2019 grew by a further nine per cent, occupying 35 per cent of the market. Following a downturn last year, round trips recovered. Asia’s second largest holiday market grew slightly by three per cent and accounted a market share of 24 per cent. Beach holidays continued the previous year’s upward trend, rising by 6 per cent and occupying 21 per cent of the market.

Asia’s growing economy is having a positive impact on the business travel market. From January to August 2019, 17 per cent of Asians travelling abroad were on business / MICE trips, which compared to the previous year was an above-average increase of eight per cent. The MICE segment, with incentive travel and trips to trade fairs, was largely responsible for this growth, whereas traditional business trips were in decline.

While Asians continue to rely heavily on the internet for information and bookings, nearly 50 per cent of Asian travellers still attach great importance to the personal advice offered by travel agencies. Furthermore, they make much greater use of this individual service than the global average. The World Travel Monitor® shows that during the first eight months of 2019 85 per cent of Asian outbound travellers booked over the internet but also 40 per cent at travel agencies.

”Asia is playing an increasingly important role on the world’s tourism markets, as the World Travel Monitor® impressively shows. Together with ITB Asia in Singapore, ITB China and ITB India we are making our presence felt on the strongest growth markets, so that we are always in touch with this extremely dynamic travel market“, said Dr. Martin Buck, Senior Vice President, Travel & Logistics at Messe Berlin.

According to IPK International, in 2020 outbound travels by Asians will grow by five per cent, outpacing the forecasted global trend. Against the backdrop of global economic developments, the experts anticipate slightly lower growth rates for next year. These forecasts are based on the findings of the “World Travel Confidence Index” of IPK International, which as part of World Travel Monitor® polls people’s travel intentions for the next 12 months.

Additional information on specific topics based on World Travel Monitor® data from IPK International will be published soon by ITB Berlin. Conclusive travel trend findings for 2019 will also be presented by the end of the year.

Rolf Freitag, CEO of IPK International, will present the findings of the World Travel Monitor® for 2019 at the ITB Future Day during the ITB Berlin Convention as well as forecasts for 2020. 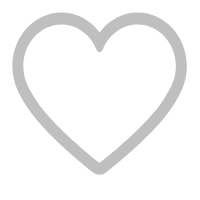